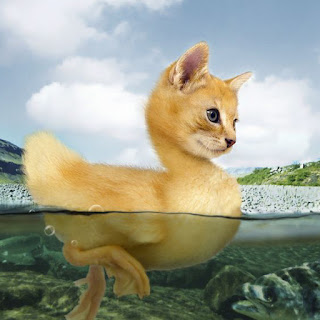 This article was originally published on the author's LinkedIn profile

Today, I wanted to share something that seldom happens to me. I got a resume that contained a couple of crazy screw-ups that I have never seen before.


In the last few weeks I have been working to fill several roles in my current project team. That means I have, once again, been looking at lots of resumes, doing some phone interviews, and doing even fewer face-to-face interviews (most of those using video conferencing software).

In case you aren't aware of my background, you should understand that I have literally seen thousands of resumes. So, when I tell you that this is a first for me, you will hopefully understand how startling that really is.

Any decent interviewing coach will tell you, never trash-talk a former employer. When you say bad things about a former employer, the prospective employer immediately is put on guard, wondering what you will say about them when you move on to your next position.

Still, sometimes a job candidate will screw up, letting the mouth get ahead of the brain, and say negative things about a former employer.

However, I have never heard of a job seeker putting negative things about a former employer in their resume, until today.

I started reading this poorly formatted resume (I could waste a whole column on the bad formatting in this resume), wading through it diligently until I hit this phrase, "... groups had open turf wars...". This was followed by another loaded phrase, "... continue without ruining the testing of others...". This last part was embedded in the candidate's accomplishments. I also found the word "harmony" in the situational objectives mentioned in the resume.

For just one former employer, this candidate effectively delivered a message that the company had a dysfunctional team that had to bring in this candidate to get everyone to behave like adults working for a common enterprise. The assertion begs the question, now that the candidate is moving on, will the inner-bad-children come out once more and cause the dysfunctional behavior to flourish again?
If you aren't getting my point on this, consider what I am saying from another perspective.

What would happen to you if you wrote on your FaceBook or LinkedIn page that your current employer had a dysfunctional environment where turf wars were raging? If you don't know what would happen, let me help you out. As soon as your employer found out about your post, they would be very likely to fire you.

Some will ask, "why would they fire me if it is a known fact within the company?" The answer is simple. Loyalty. You don't air the family dirty-laundry in public.

I know that loyalty has a bit of a bad name right now. And for those who are looking for a job, the word may make you uneasy. But loyalty is as indispensable today as it ever has been, even if its limits are more constrained now than ever before.

In the past, loyalty was a two-way street. Employees gave their best to their employer and employers offered decent pay and benefits that may even include a job for life.

Now, it's more of a one way street, or at least a much shorter two-way street than it used to be. Today, employees give their best to their employer while they keep looking for the employer and job that they really want, and employers offer what benefits they feel they must to attract employees, while they stand ready to cut benefits and jobs at a moment's notice if it will boost their quarterly returns and keep the shareholders happy.

Still, there is a dimension to loyalty that persists and is a two-way street. You don't want your former employer to share all your warts with anyone who will listen, and your employer doesn't want you to share their warts with others.

We all know that in private conversations, once trust has been established, warts will get shared. But, we don't expect to see them appear in writing.

When this candidate tried to highlight his wart-removal skills, what he actually did was manage to point out the warts of his former employer, and betray their trust. If he had done this in the confidential setting of a job interview, it might have been forgivable. This wart was outed in writing in a resume that could be read by anyone, forwarded to anyone, and possibly seen by thousands.
If this resume is posted on a site like Monster.com, the candidate is at risk of being sued for libel by the former employer.

In comparison with the total faux pas of outing an employer's warts, the second never-before-seen feature of this candidate's resume pales to almost insignificance. Before this resume, I have never seen a candidate insert in their resume a "personal challenge."

Right along with all the experience and accomplishments, the candidate posted a phrase, "Personal Challenge", and then proceeded to list the challenge that this employment opportunity presented to the candidate. It was presented as a question, such as, "Can I ...?"

Do you see the insanity of questioning your abilities in the text of your own resume or job interview? Instead of presenting an image of accomplishment in the resume, this personal challenge inserts a question of the candidate's abilities.

When a prospective employer reads your resume, they always ask themselves, "can the candidate really deliver this kind of performance for me and my company?" It is a sure way to kill your job prospects for you to question your own abilities in your resume.

This job seeker showed he is disloyal and questions his own abilities. Why would anyone want to hire a duplicitous incompetent?

Remember, your resume gets the first interview. If it doesn't interview well, you won't get a chance to speak for yourself.

This candidate never even got an interview because his resume didn't interview well.

Tom Sheppard is the author of several self-help books for job seekers. His bookTips for Effective Resumes is available as an ebook through Amazon. His bookTips for Effective Interviews is in its second edition and is now available in paperback as well as ebook formats. You can learn more about his help for job seekers at his blog www.ResumesByTom.com and from his Amazon Author Page.